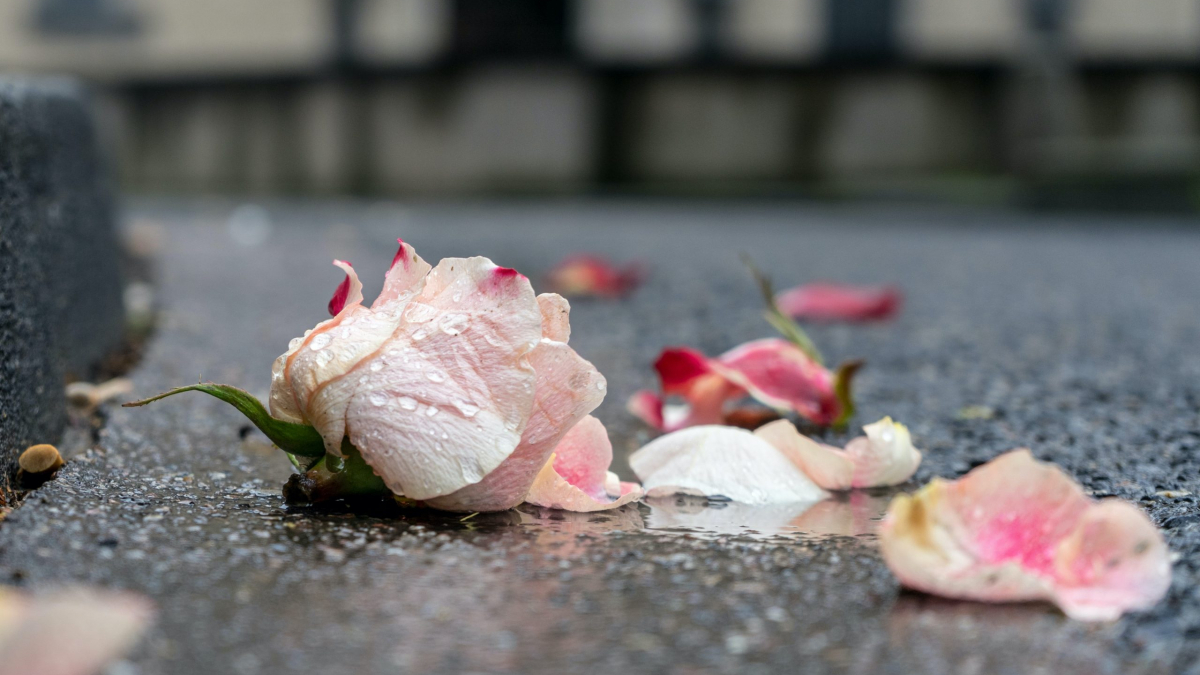 At the age of 45 I began experiencing what I thought were flu symptoms. One minute I would be cold and the next hot. I’d be teaching in a classroom and all of a sudden I’d be hot, sweaty and flustered. I didn’t think anything of it because the episodes were few and far between and generally I felt well.

My periods had been gradually getting lighter in their flow which was a little strange but on one hand a pleasant relief because all throughout my adult life from the age of 14/15 I had experienced debilitating painful periods which had affected the consistency of my studies, professional and social life.

My final real period was so unusual, no pain but incredibly heavy. It was as though I was haemorrhaging. I was unable to sit in a public place without feeling worried that I was going to accidentally mess the seat. I was using the heaviest flow sanitary towels during the day.

After that my periods became lighter and lighter till they were non – existent. During this time I was in a relationship and I remember going to the doctor to see if I could go on the pill as we had had a series of accidents and my partner was not quite ready for children. The doctor told me that at this stage in my life I didn’t need to use contraceptives and that condoms were sufficient because it was unlikely that I would get pregnant.

The point of writing this particular blog is to explore the realm of never being able to have children and not being given the chance to decide if a life without children is one that you want.

I was always of the view that one day I would be married with a family of my own. I come from a large family consisting of 6 siblings – 3 girls and 3 boys.  Large bustling families were what I was used to. A noisy chaotic household full of different characters and laughter.  To realise that if I was lucky it would just be me and my current partner was a startling slap in the face.

I can only describe it as a loss akin to losing a loved one. To make matters worse I was also diagnosed with fibroids. Amidst all the pain and disappointment I was being prodded and probed to see if it was a cancerous growth and I was being reprimanded for having neglected to alert my doctor of the changes.

In a state of shock I went through test after test. I visited doctors and specialists all the while being told that any signs of growth, pain or bleeding would result in surgery to remove the fibroids along with my uterus.

What do you do when you suddenly realise that you are not good for the one thing that should have been as natural as breathing.  Reproducing surely is a God given right of every woman.   Isn’t it?    Or is it?

Then there is the feeling of shame.  Yes shame.  Suddenly you look around and every family unit, the sight of every child, the news of your friends marrying and having children grates on your nerves.  You are forced to listen to people saying things like ‘children are a blessing’.    What does that mean?    That you are not blessed?     Then it gets worse ‘Christmas’ suddenly becomes the worse time of the year.   Families getting together, suddenly the meaning of Christmas is centred around giving gifts to children. You suddenly become aware of how many nieces and nephews you have and to make matters worse you find that your nieces and nephews are having children.

You have a number of options – you could throw money at the situation remove the fibroids with a specialist, take 6 months to recover from the surgery then put yourself through the long road of IVF treatment using someone else’s eggs bearing in mind that there’s no guarantee of success.

Or option two – you could put all your efforts into learning to love the new you.   Re-eventing yourself, learning that there is more to life than the constant yearning to be like everyone else. There is another road that has probably been walked upon by many before you.  A road that people don’t even bother to speak about. This is the road and the journey that needs to be shouted about. We need to stop whispering behind closed doors and shout about the lonely journey of the women who are made to feel worthless, second rate because they cannot produce off spring.  We should not be defined by the ability to produce children. We should not be judged or compared.

There is another way surely society must realise that there are too many children brought into this world who are not loved, who are not provided for, who do not have a stable environment in which to grow up in. Yet to adopt, to be given a child that someone else has given birth to is such a bureaucratic procedure, fraught with difficulties and complications that it’s not even worth trying.

So do not feel sad, do not feel empty, stand proud and find out who you are and what you came here to give. You may pleasantly surprise yourself after you stop yearning and start fulfilling being the very best person you can be.